Very happy to announce that Audra’s illustration, (shown below), Binding of  GABAa Neurotransmitter Molecules to GABAa Receptor Complexes within a Synapse, won a 2021 Award of Excellence in the Association of Medical Illustrators annual adjudicated salon. Always a special honour to have your work recognized by your peers!

Audra submitted 2 illustrations to the salon this year. The 2nd, her illustration entitled Cells of the Retina, received an Award of Merit.

The illustration below depicts a view into a synaptic cleft to see GABA-A neurotransmitter molecules being released from presynaptic vesicles, then binding to pentameric, postsynaptic GABA-A receptor complexes.
GABA-A receptor complexes act as chlorine ion channels. The illustration shows chlorine ions moving through the channel into the postsynaptic neuron. The image also depicts a postsynaptic protein density lattice closely associated with the postsynaptic membrane. These lattices are very dynamic, both structurally and functionally and are believed to play a role in plasticity.
GABA-A receptors act to both hyperpolarize (excite) and depolarize (inhibit) neuronal action potentials, depending on complex regulatory influences. Nevertheless, they are generally considered to be the major inhibitory receptors in mammals.
Binding of specific molecules to these receptors results in a calming, anxiolytic, anti-seizure and pain reduction effect.
There are many drugs that exert their effects by binding to GABA-A receptors, including barbiturates, benzodiazepines and alcohol. 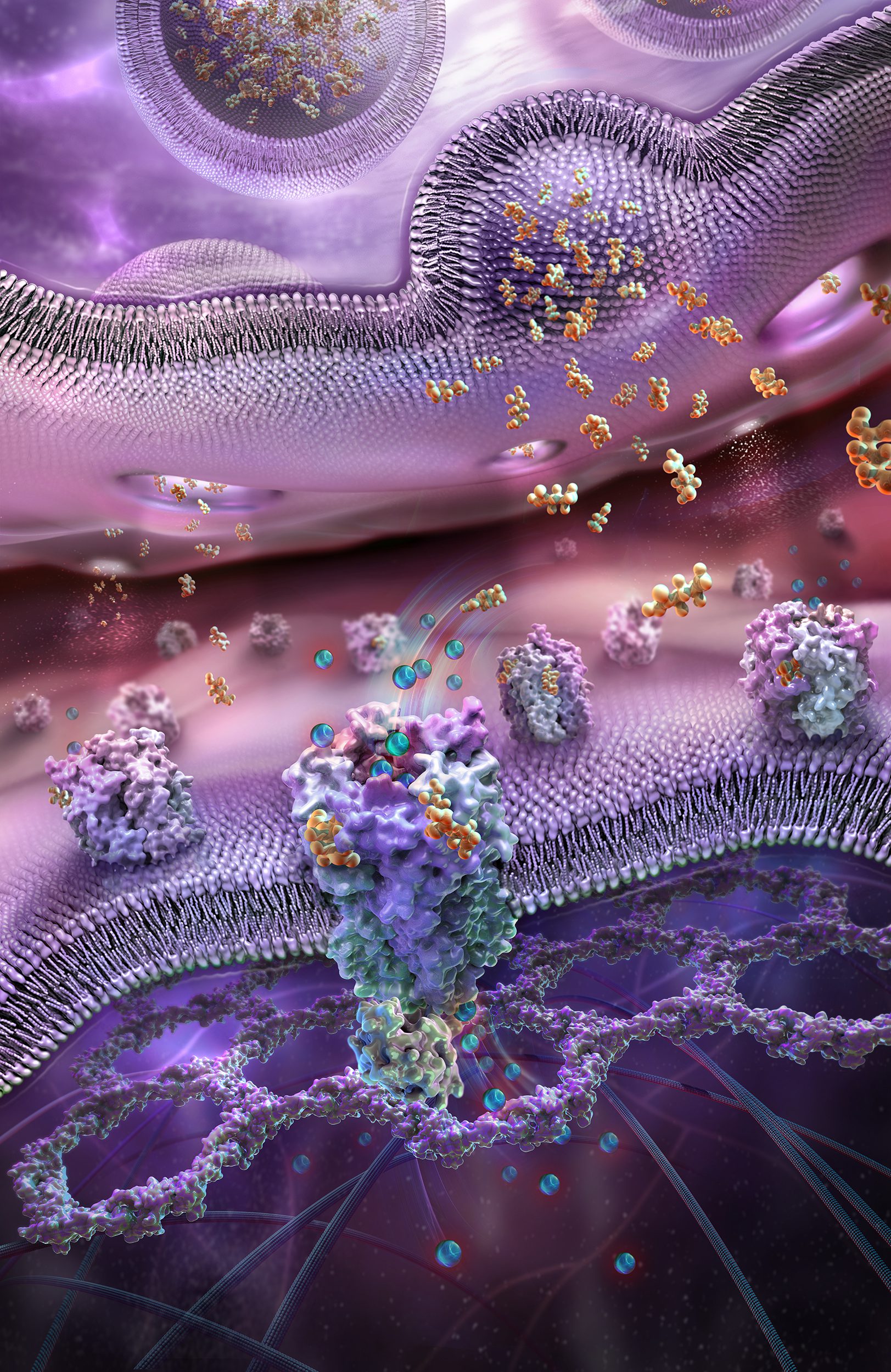 This illustration depicting the layers of the human retina is one of the most unusual and challenging images I’ve ever created. Designed as a wall mural, it is 6 times taller than it is wide!! The best way to view it is to imagine you are in a glass elevator that starts at the very bottom and then slowly moves up the height of the image allowing you to examine the startling complexity of each of the retinal layers.

Conceiving and creating this 3D illustration was so much fun, and as much an exercise in discovery for me, as it hopefully is for its viewers. I loved it! I certainly have a much more detailed understanding of the retina after all the research that was the necessary groundwork for its creation.

It is a fascinating fact that the arrangement of the human retina with the photoreceptors, (the rods and cones), placed in the 9th deepest layer is seriously counterintuitive, and almost seems like a design flaw. However, the more superficial layers are so transparent that light is still able to reach the photoreceptors. Interestingly, cephalopods (octopi, squid, cuttlefish…) did this much better. Their photoreceptors are found in the most superficial layer. Seems a superior design, wouldn’t you say?

Neuroplasticity is a subject I have been extremely interested in ever since reading Dr. Norman Doidge’s ground-breaking and inspirational book, The Brain That Changes Itself. The illustration I’m featuring in this post was inspired by my continued reading on this fascinating subject, as well as my personal exploration of techniques used to encourage positive neuroplasticity.

This is a conceptual 3D image of a brain neuron whose axon ends in multiple blossoming branches. It symbolizes positive neuroplasticity. Neuroplasticity is defined as the brain’s ability to grow new neurons and neural connections. We now know that this growth takes place throughout our lifetimes and that we can promote the weakening of abnormal or negative neural pathways, using a variety of techniques, replacing them with new, healthier, or more positive neural pathways. This is of special importance in conditions such as OCD, generalized anxiety disorder and neuropathic pain. An understanding of neuroplasticity has also revolutionized the treatment of stroke patients and other brain injuries.

This flowering neuron, created in 3D in the look of blown glass, represents the possibility of directing positive neuroplastic changes in our neural pathways that may lead to a healthier and happier life.

Wet Age-Related Macular Degeneration, wAMD, is a serious eye condition affecting primarily the elderly. Gradual degradation of the macula, the area of the retina that provides our sharpest focused sight, results in the loss of central vision. It also distorts remaining vision.

Central vision impairment has a devastating effect on quality of life as it makes driving, reading, general mobility, recognition of colours and faces impossible.

Wet AMD is the most common cause of vision loss affecting millions of individuals in North America every year.

This panel of 3 illustrations by Audra Geras shows the disease state and the changes seen with 3 commonly-used therapies. 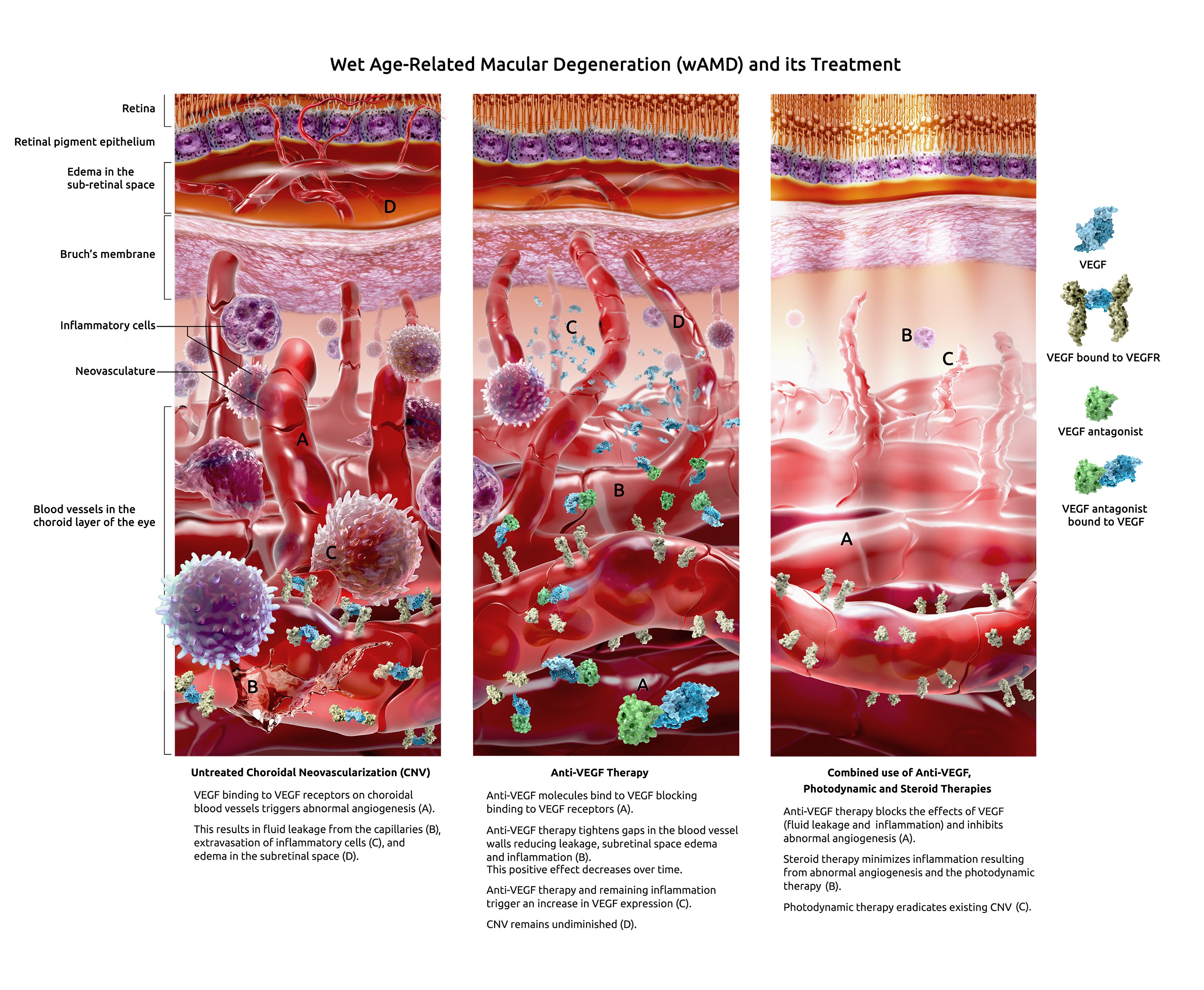 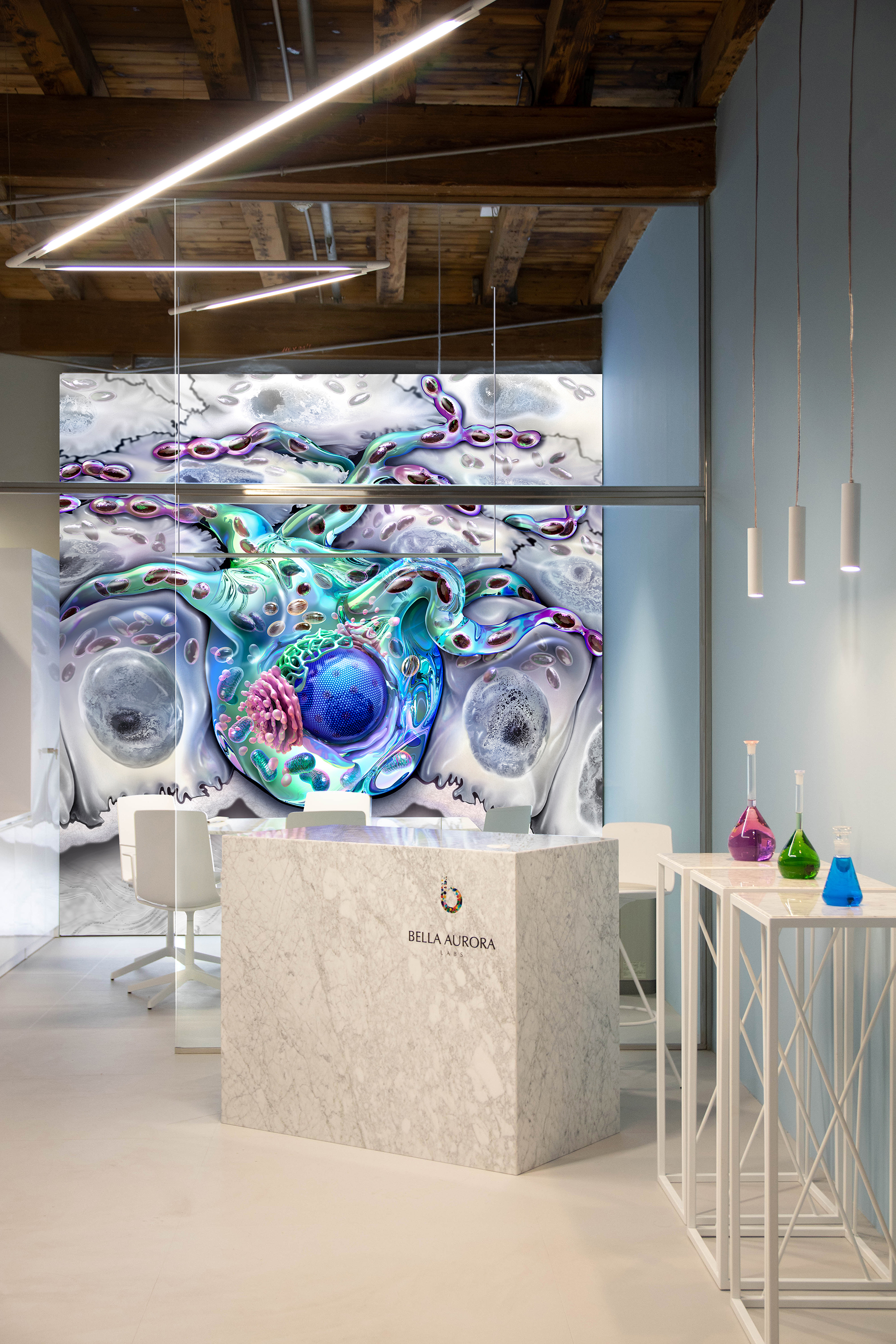 Cosmetics research firm, Bella Aurora Laboratories, in Barcelona, Spain, recently installed one of Audra’s paintings in the meeting room of their newly built research facility. This custom 3D mural of a melanocyte, (the skin cell type that produces skin pigmentation) was printed on fabric and backlit for maximum impact. So exciting to see the integration of Audra’s art in this striking interior!

Here is a close-up of the art. 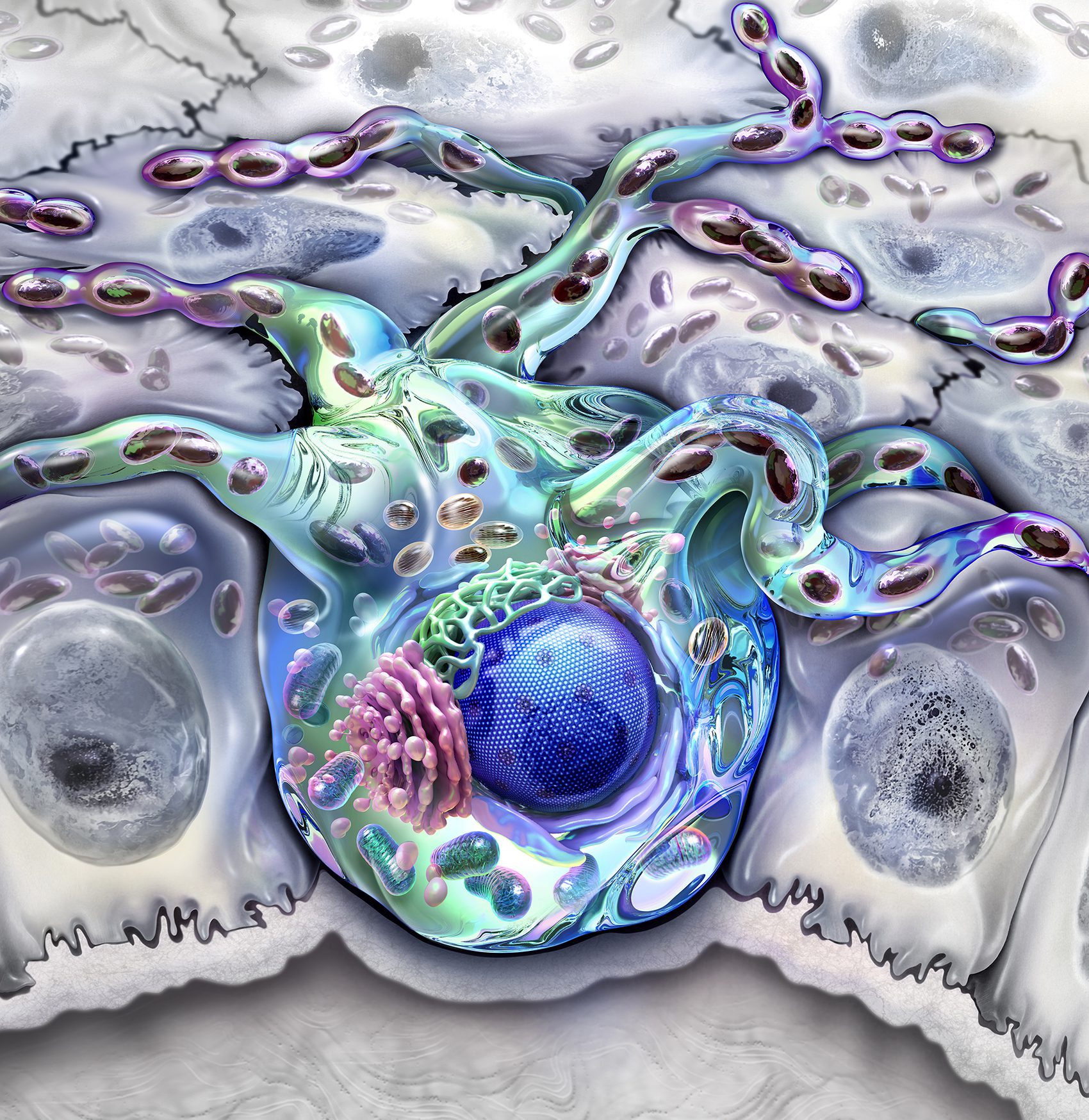 TIME's 2022 Person of the Year: Volodymyr Zelensky and the spirit of Ukraine #TIMEPOY https://ti.me/3Fzr4B2

The artist Saype paints on grass using bio-degradable paints made of water, chalk, charcoal and casein

Nothing lasts forever, they are visible for a few weeks, when the rain comes they are washed away and nature takes the land back.