You may be surprised to know that Audra Geras is also a successful fine artist working in a style she has named 'evocative abstract expression'.

We invite you to take a look at the flip side of Audra's work at her recently updated new website: www.audragerasfineart.com 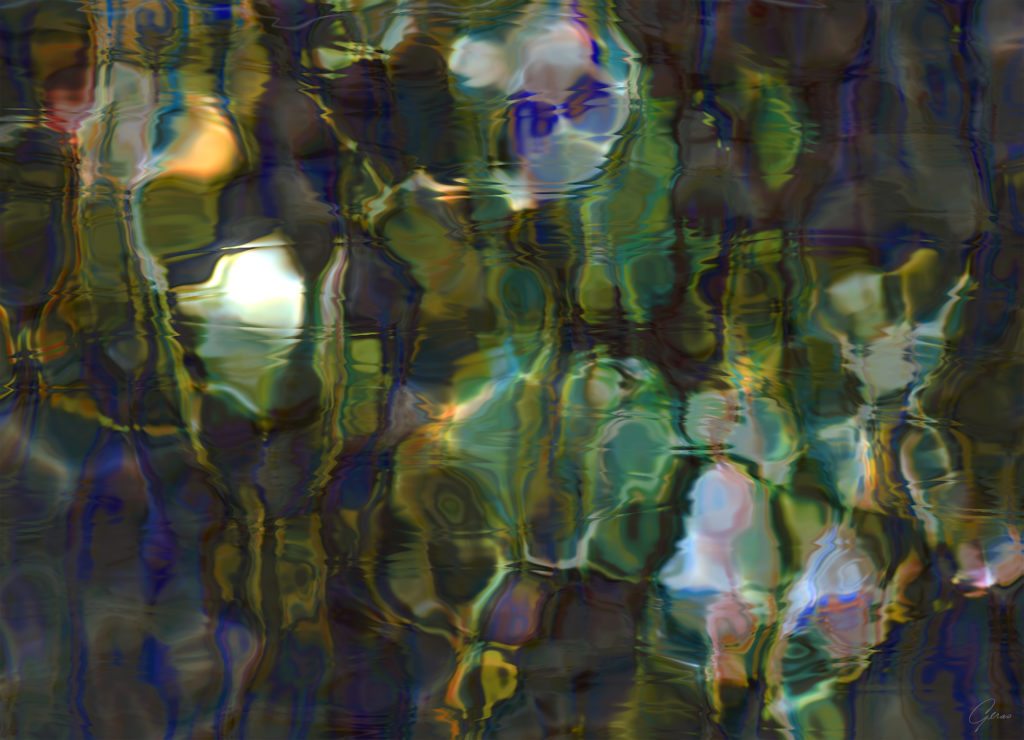 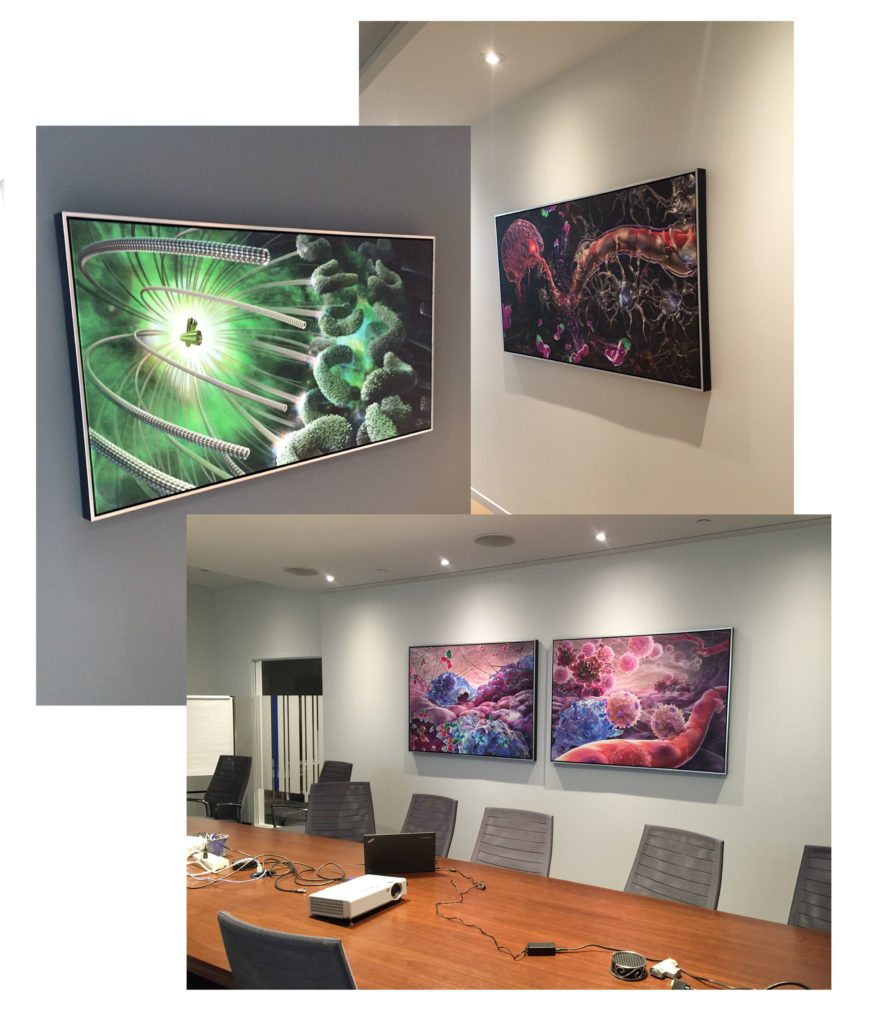 Biotechnology firm, Trillium Therapeutics Inc., has now settled into its beautifully designed new facility and we are excited to announce that Trillium's new home hosts a permanent collection of Audra's science-based fine art. Audra's large format paintings on canvas were commissioned by Trillium to correspond to the specific areas of research and development that form the focus of Trillium's work. This is a growing collection as Audra is currently working on several dramatic new paintings for Trillium. Several of Audra's evocative abstract paintings are included in the collection. 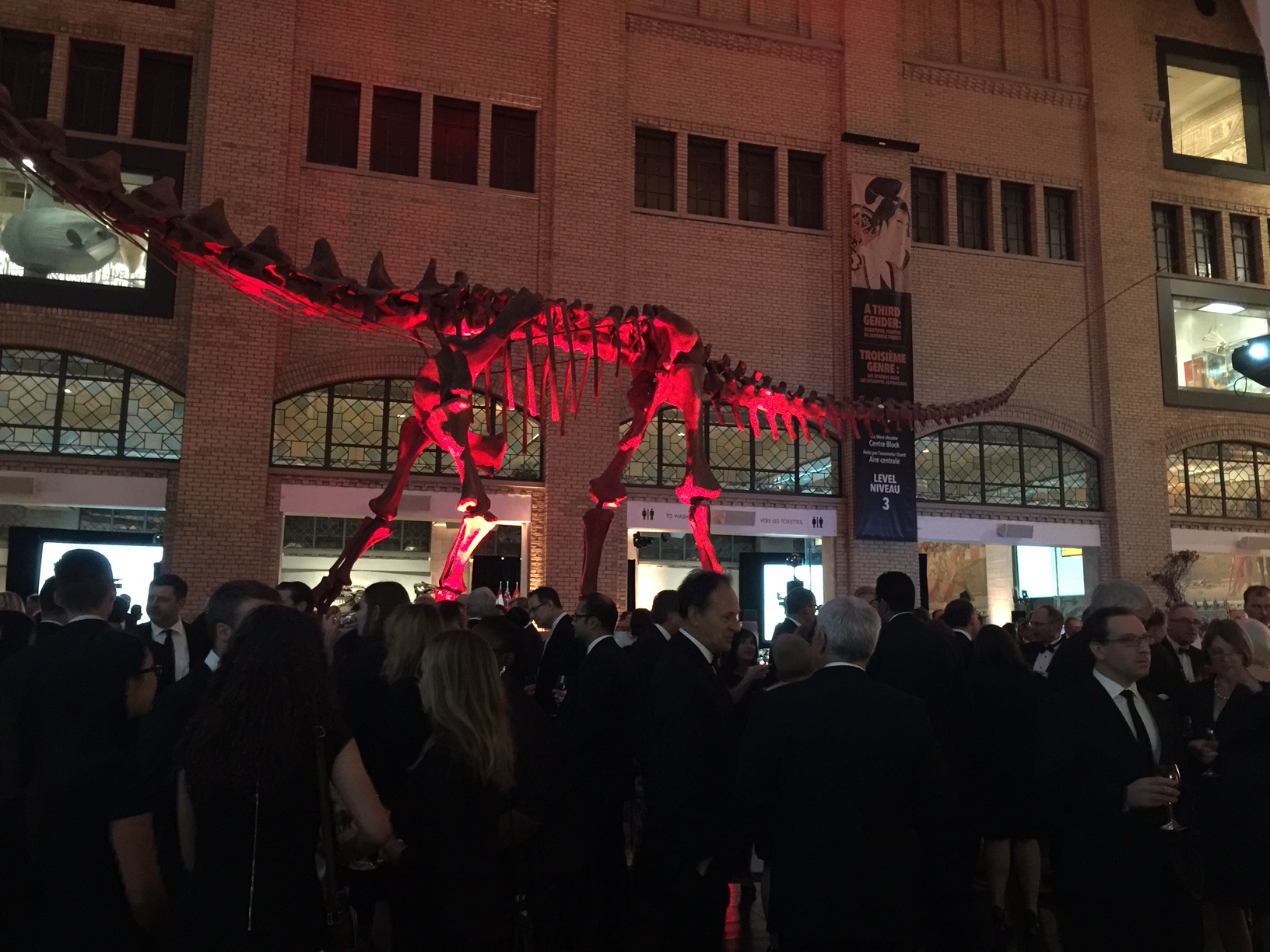 Audra and her husband, Dr. Niclas Stiernholm, attended the 2016 Canada Gairdner Awards honoring some of the most important global medical discoveries. The Awards ceremony and dinner was once again held at the Royal Ontario Museum (ROM) in Toronto. This year 5 of the 7 $100,000.00 awards were given to researchers focused on a single subject, CRSPR technology.

Read more about the Gairdner Awards

"The Gairdner Awards are an overwhelmingly emotional celebration of excellence, and it was a real privilege and honor to be there again this year to hear this incredible group of international scientists speak, and to watch them receive the Gairdner. Humbling and inspirational."

The Gairdner Award is known as a Nobel Prize predictor and indeed one of last year's winners, Dr. Yoshinori Ohsumi of Japan, won this year's Nobel Prize in Physiology for his ground-breaking work on autophagy.

Champagne under the ROM's Futalognksaurus, a 110 ft. long-necked sauropod!

Geras Healthcare Productions is now on Twitter so we can keep you informed on the latest new and cool things happening in our studio. There is always something interesting going on!

Audra's work to be shown at World Illustration Awards 2016 Exhibition

Audra's painting, 'View Beneath the Epidermis: Onset of Psoriasis', has been included in the World Illustration Awards 2016 Exhibit in London, England!

The prestigious World Illustration Awards recently announced the shortlist for their 2016 awards. We are very proud to announce that Audra's 3D painting, 'View Beneath the Epidermis: Onset of Psoriasis', is one of this year's shortlisted selections. Over 2,300 illustrations were submitted from illustrators around the world. Audra's painting is the only biomedical illustration to make it onto the shortlist - very exciting!  The finalists have yet to be announced. 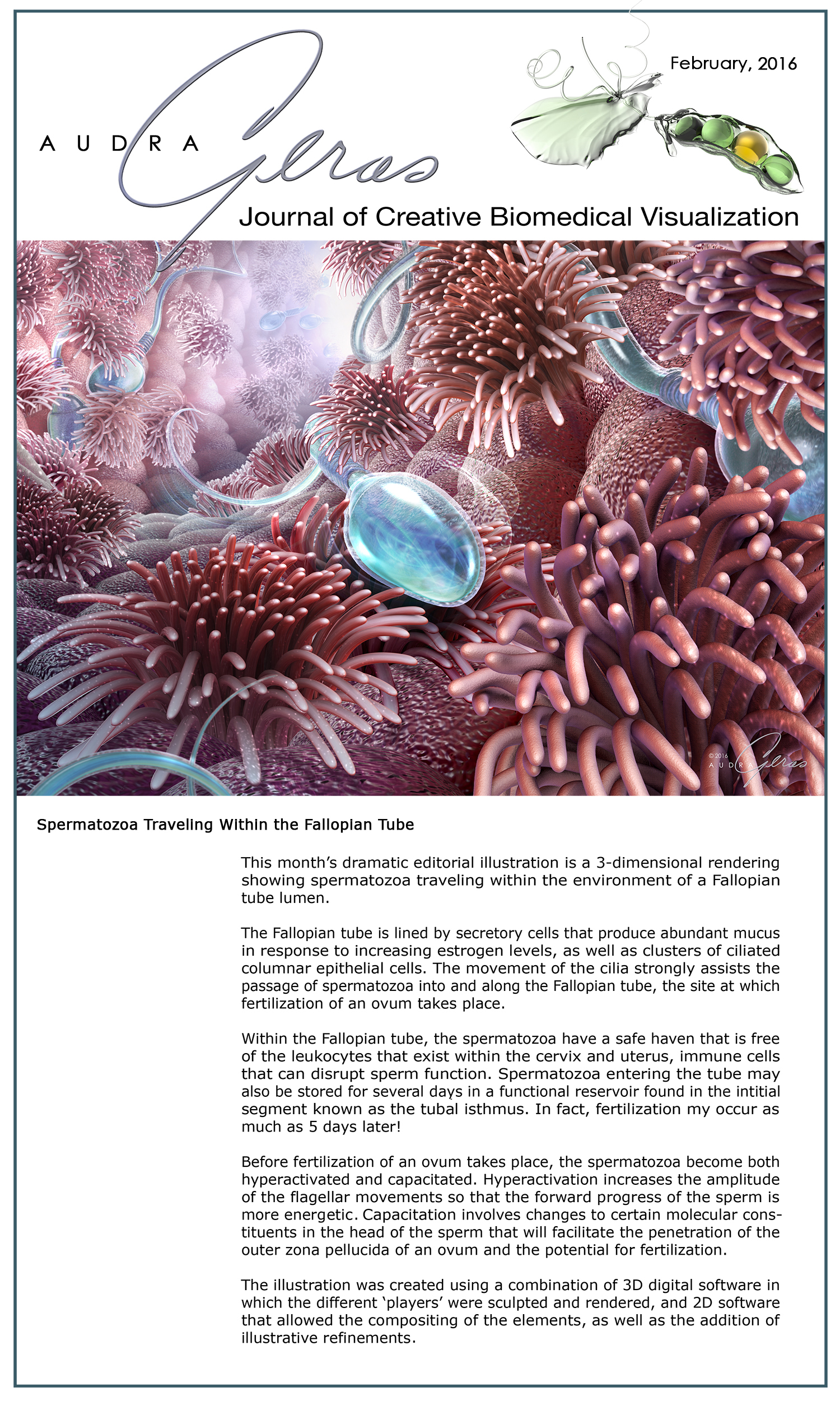 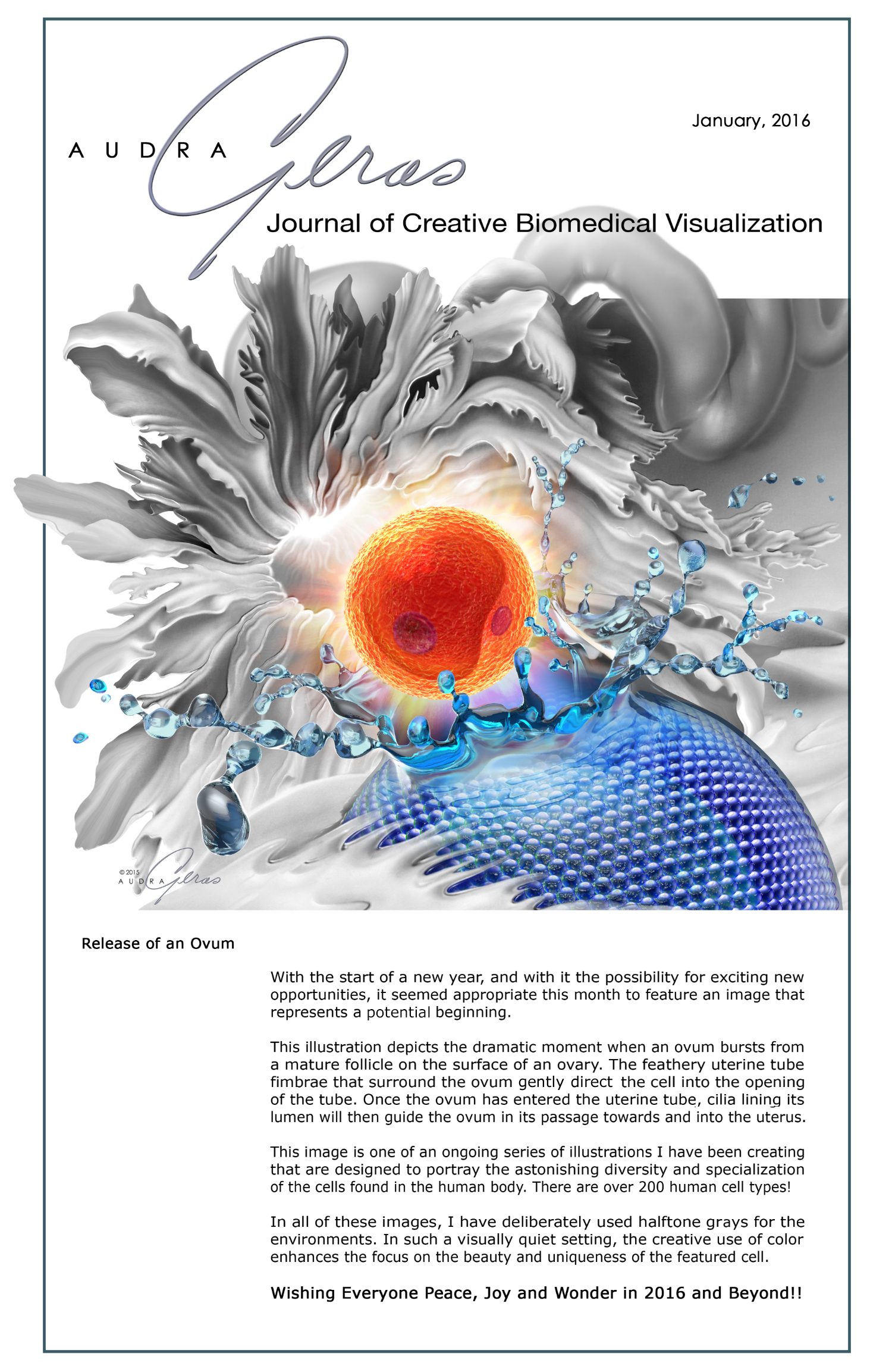 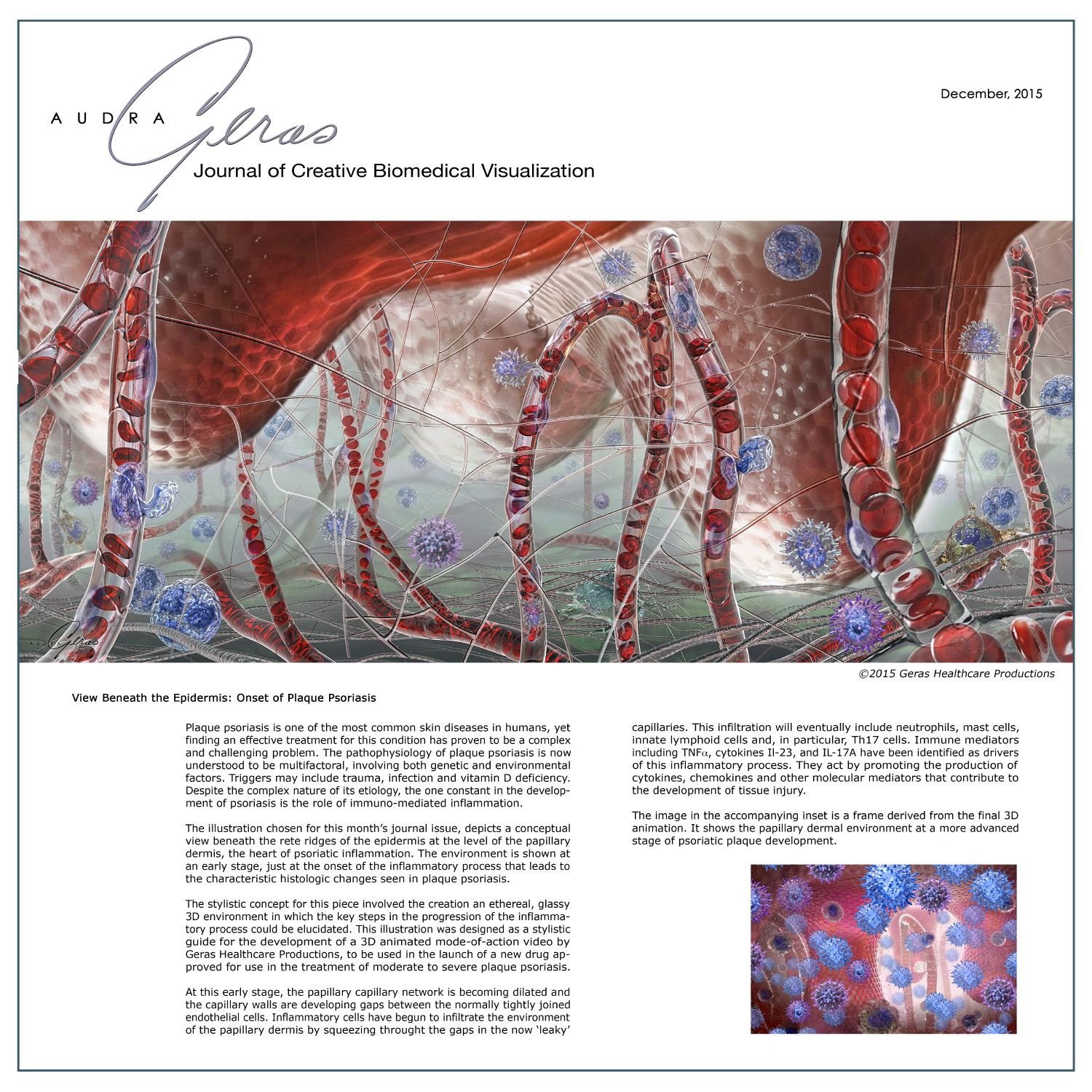 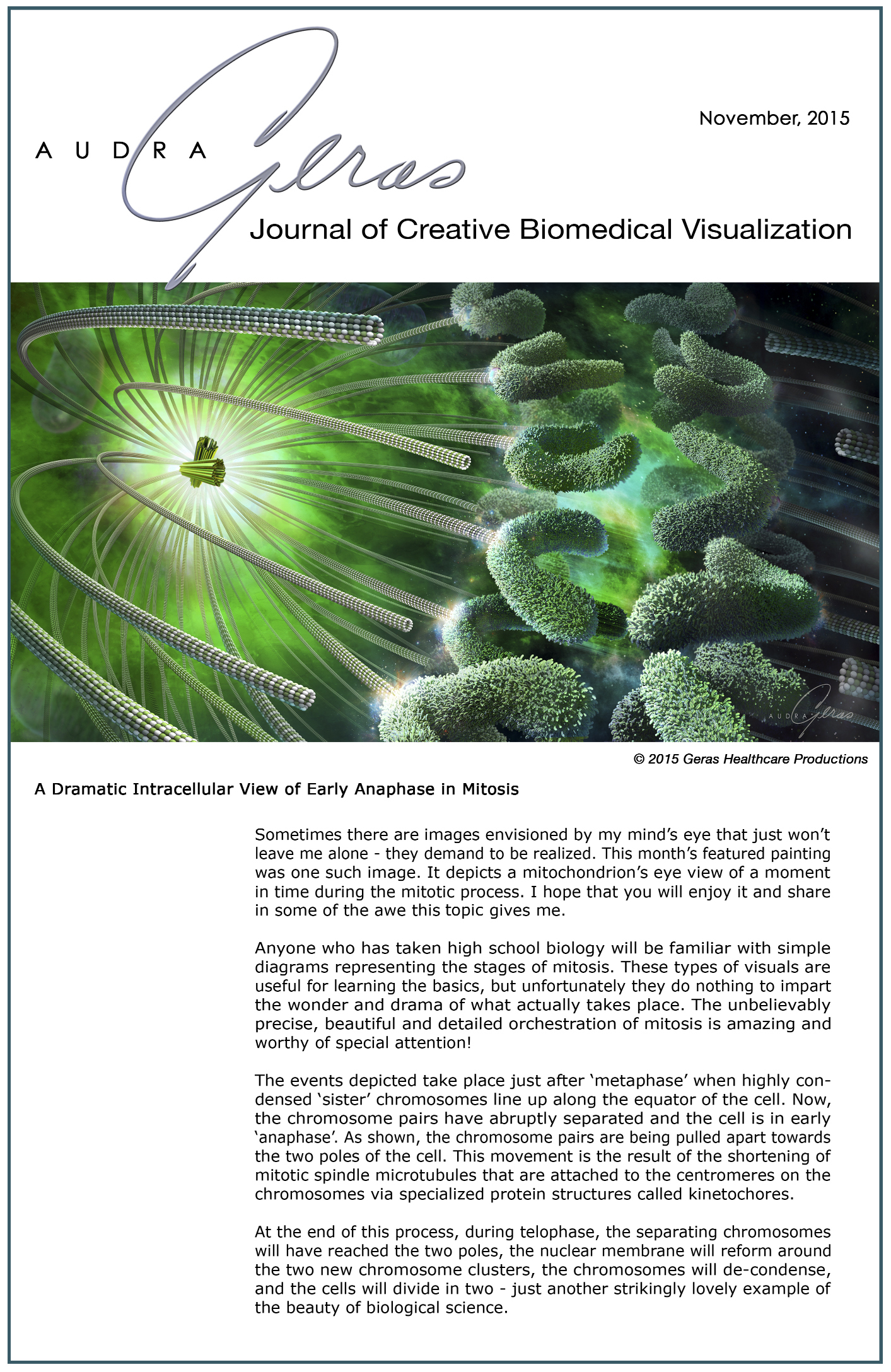 The artist Saype paints on grass using bio-degradable paints made of water, chalk, charcoal and casein

Nothing lasts forever, they are visible for a few weeks, when the rain comes they are washed away and nature takes the land back.

"After backpacking through Earth's most forbidding terrain, lung-starving altitudes, soaring peaks... this was the most difficult and rewarding set of photos I've ever taken." — Kittiya Pawlowski