Binding of the Neurotransmitter GABA, (y-aminobutyric acid), to the GABAa Receptor Pentamer 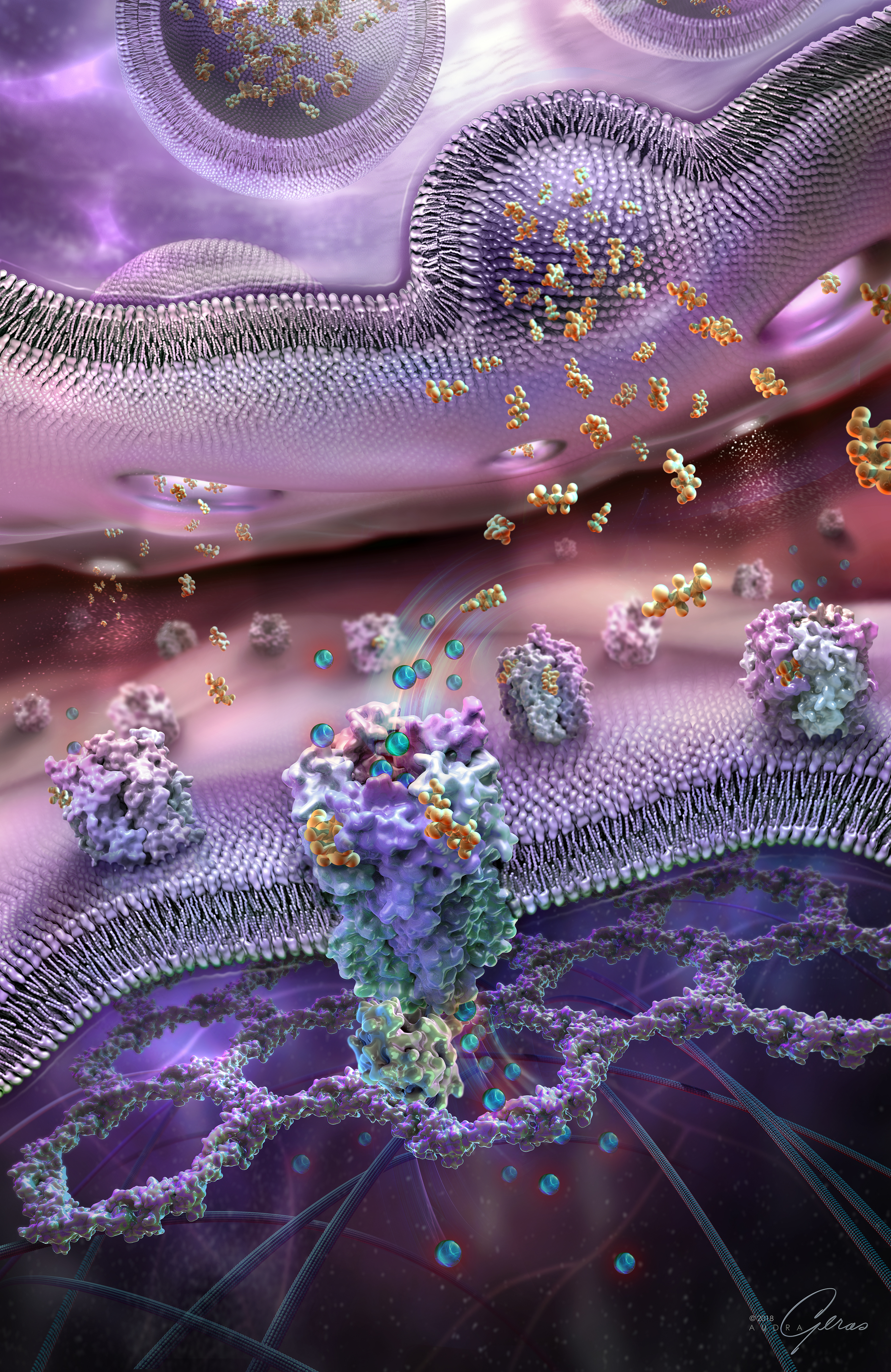 The latest feature illustration is one Audra recently created featuring the release of neurotransmitter, GABA, (y-aminobutyric acid) molecules from presynaptic vesicles into the synaptic gap. GABA is shown binding to the GABAa receptor pentamer in the postsynaptic membrane, resulting in the opening of the receptor channel. Negatively charged chloride ions flow through the open channel into the postsynaptic neuron causing a hyperpolarization of the postsynaptic bulb. This has as an inhibitory effect on neural transmission by preventing the development of an action potential.

The GABARAP molecule, the hexagonal lattice formed by gephyrin molecules and cytoskeletal tubulin dimers are depicted beneath the postsynaptic membrane. They form part of the postsynaptic protein network of inhibitory synapses.

Wishing everyone a safe, happy and healthy holiday.
Let’s all scream "Good Riddance to 2020!!" at midnight on New Years Eve. But stay safe. It’s one year of sacrificing being with friends and relatives so that we may experience many more.

More than 10 billion doses of vaccines against #COVID19 have been pre-ordered. https://t.co/mqGNFC7pQI

What are the Tasmantid Seamounts and why are they important? Take a quick (and beautiful) tour to learn why seabirds, turtles, and more depend on these spectacular features in the latest #IceAgeGBR expedition update. Full video: https://t.co/Eq0iFmmY6q

Here is a recently completed illustration depicting the fundamental 'Cycle of Cancer Immunity', a biological cycle of huge importance in our ability to battle cancer, and in the development of immunotherapeutic drugs.
https://t.co/6OwPVlQ3MO

Reply on TwitterRetweet on TwitterLike on Twitter1Twitter
Load More...