Very happy to announce that Audra’s illustration, (shown below), Binding of  GABAa Neurotransmitter Molecules to GAABAa Receptor Complexes within a Synapse, won a 2021 Award of Excellence in the Association of Medical Illustrators annual adjudicated salon. Always a special honour to have your work recognized by your peers!

Audra submitted 2 illustrations to the salon this year. The 2nd, her illustration entitled Cells of the Retina, received an Award of Merit.

The illustration below depicts a view into a synaptic cleft to see GABA-A neurotransmitter molecules being released from presynaptic vesicles, then binding to pentameric, postsynaptic GABA-A receptor complexes.
GABA-A receptor complexes act as chlorine ion channels. The illustration shows chlorine ions moving through the channel into the postsynaptic neuron. The image also depicts a postsynaptic protein density lattice closely associated with the postsynaptic membrane. These lattices are very dynamic, both structurally and functionally and are believed to play a role in plasticity.
GABA-A receptors act to both hyperpolarize (excite) and depolarize (inhibit) neuronal action potentials, depending on complex regulatory influences. Nevertheless, they are generally considered to be the major inhibitory receptors in mammals.
Binding of specific molecules to these receptors results in a calming, anxiolytic, anti-seizure and pain reduction effect.
There are many drugs that exert their effects by binding to GABA-A receptors, including barbiturates, benzodiazepines and alcohol. 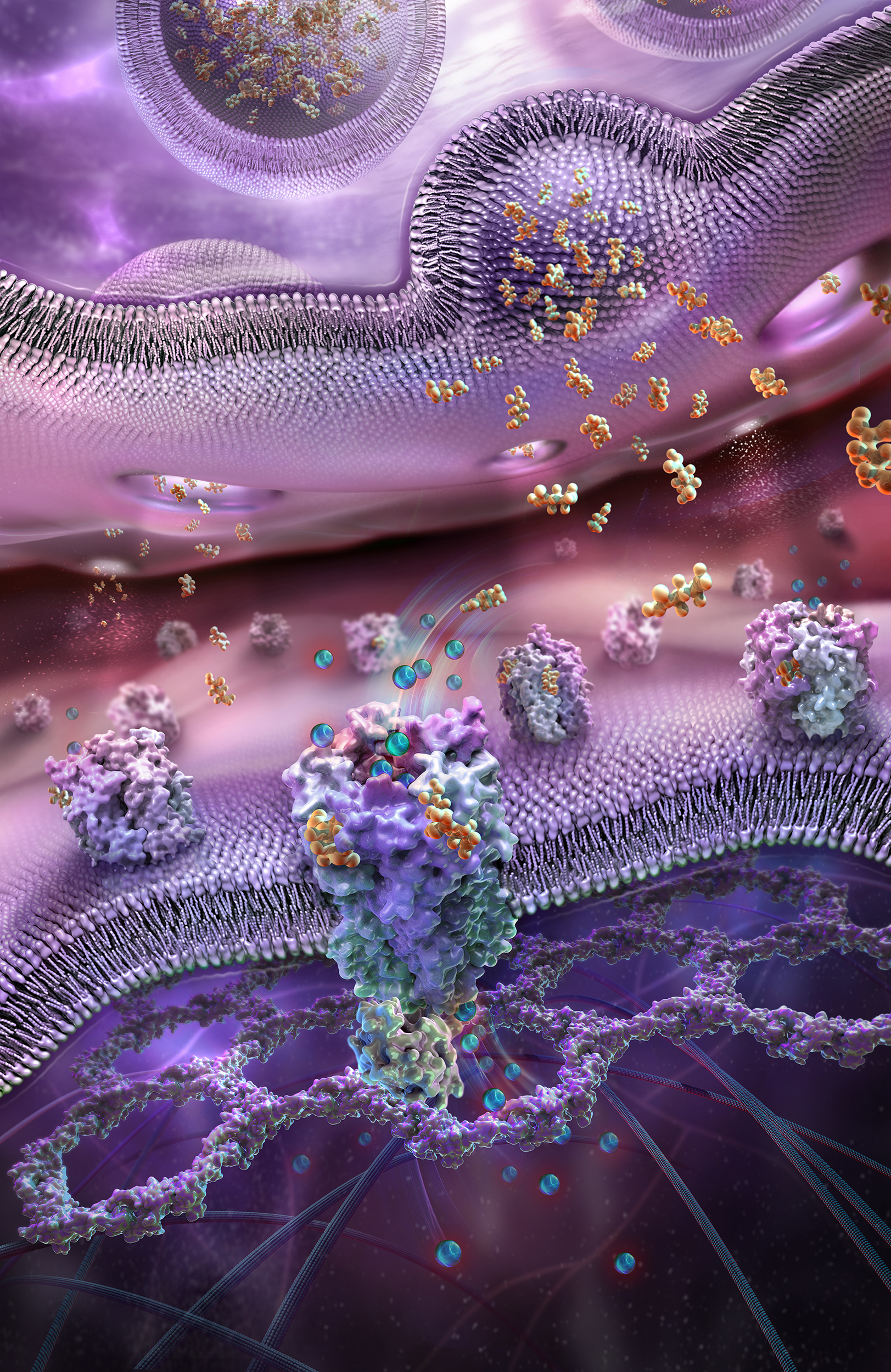 FUNgus Friday with some of the most beautiful microscopy I’ve ever seen: H&E and GMS from a patient with chronic rhinosinusitis. The pigment is a hint! What could this be?? 🧐

"It took them how many decades to recognize that one of the most regenerative tissues is found inside the uterus?” one expert notes. The reason, she believes, is simple: "Because none of the researchers had uteruses." https://nyti.ms/3gUahNj

LOVE these images!! I want to see them in person!
Fabulous work.

Here’s my latest creation! This is a dramatic view of the Inner Nuclear Layer (INL) of the retina as seen from within the INL. The cells shown are amacrine, bipolar and Müller glia cells. It’s the first in a series of images on the layers of the retina.
http://audrageras.com